News
Home / News / Saint-Lô and the Cotentin
Back 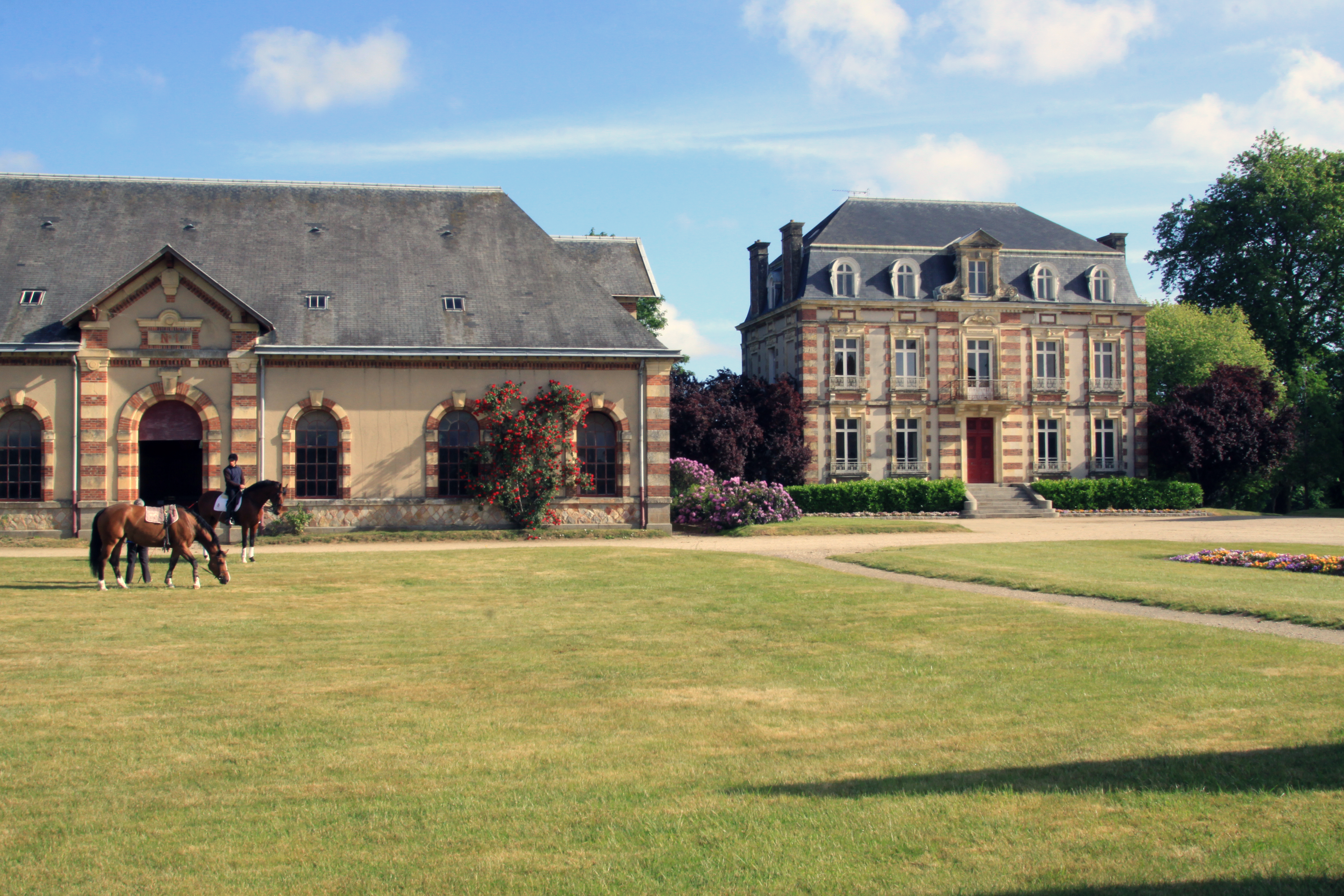 Built in the late 19th century in the heart of the town, Saint-Lô National Stud Farm is the birthplace of the ultimate sport horse: the Selle Français breed.

In close connection with the historical Stud Farm, Saint-Lô’s Equine Hub is an essential player in Normandy’s equine sector with over 140 annual events, its trading centre and its hotbed of young riders.

Take a trip into history and ex-plore Saint-Lô National Stud Farm using the explanatory signs as a guide. You can also meet the representatives of Norman-dy’s emblematic horse breeds in stable n°4. The Tourist Office also organises guided visits during the high season, in addition to providing virtual reality animations.

Saint-Lô puts on a show

Of all of the events put on by Saint-Lô Equine Hub, do not miss Poneys sous les Pom-miers (Ponies Beneath the Apple Trees) featuring a competition between displays from various Normandy equestrian centres, or the Normandy Horse Show, an equestrian festival that features a wide variety of disciplines as well as activities for people of all ages. The major sports meeting of 2020, the World Horseball Championship, will take place in August.

Cotentin, home of the norman cob

A versatile horse, capable of working in the fields as well as light driving work or as a mount, the Norman Cob was nicknamed the “Normandy coachman” and the breed originated in the Cotentin area.Two lighter breeds came into existence following cross-breeding: the Anglo-Norman horse which became the French Trotter and the Selle Français, selected for its ability to jump over obstacles.The Norman Cob is the lightest of the draught horses that can be found today, excelling in driving work and also delighting leisure riders.In August, you can come and admire them at Saint-Lô Stud Farm during the breed’s National event.

A carriage ride through scenery and heritage

The Norman Cob and the Percheron are the companions of drivers in the Cotentin area, who are often also breeders. Up and down the coast, carriage rides are not only a great opportunity to discover sublime scenery but also to explore traditional seafood production at oyster and mussel farms.If you want to continue your wanderings to the rhythm of horses’ hooves, you can even take a trip in a horse-drawn caravan around the peninsula.

Every year at Lessay, the Sainte-Croix Fair brings together horses, cows, sheep and goats, as it has since the 11th century. The fair was started by the Benedictine monks to help develop commerce in the area, becoming an event where the army would procure many of its horses, and it remains one of the biggest animal fairs in Normandy today. Horses are particularly prominent on the Friday. A timeless event which is well worth exploring.

In May, the thundering of hooves can be heard on the beach at Barneville-Carteret when the unmissable Beach Polo Cup comes to town. The players battle for possession of the ball using their mallets during this enjoyable tournament which also features a range of other activities and events, including a show jumping competition and an equestrian show.

They support the Normandy Horse Council